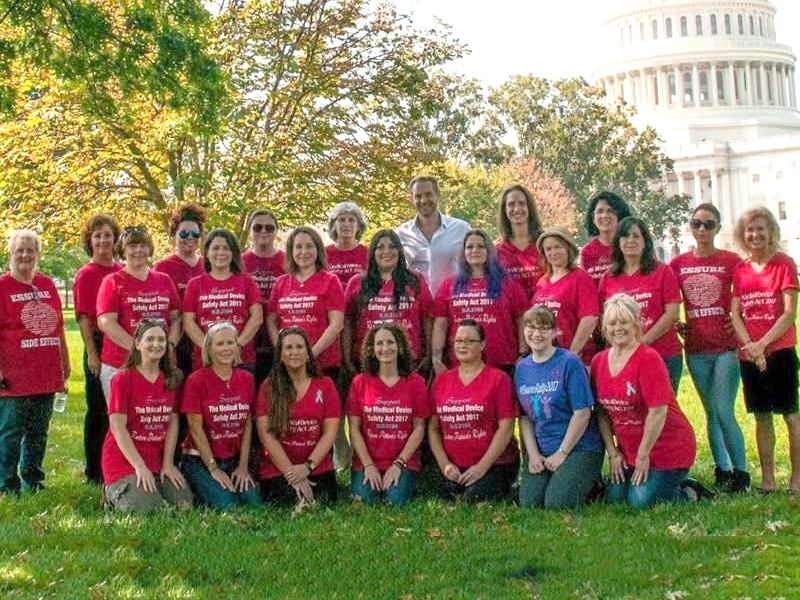 Posted at 20:42h in Recent Essure news by Peiffer Wolf
1 Like

It’s the end of an era for Amanda Dykeman, one of the many women who has campaigned against the permanent contraceptive device Essure. Bayer, the device’s manufacturer, announced earlier this week that they will no longer sell or distribute the device in the US after Dec. 31 this year. The move comes after years of debate — both in court rooms and in the court of public opinion — about the safety of the device.

Essure is a permanent form of birth control approved by the FDA in 2002 for women ages 21-45. It consists of a pair of soft, nickel-titanium coils that providers insert into each of the Fallopian tubes. The coils cause scar tissue to grow around them, thereby blocking the Fallopian tubes so that eggs cannot reach the uterus.

One of the leaders of those women was Dykeman, whom I profiled in an NPR article about Essure almost exactly three years ago. At the time, she was gratified that the US Food and Drug Administration had decided to take another look at the safety of the device after thousands of women complained of chronic pain and a range of other problems they said the device caused.

“I no longer feel like I chose Essure. Essure chose me,” Dykeman said this week. “This path to justice I’ve been on has taught me so much and I can’t wait to share it with others. I’ve learned a lot about researching medical devices over the years, and I am making it my life’s mission to share that knowledge in the hopes that next time it won’t take as long for the next generation of advocates to get a dangerous medical device pulled from the market.”

That path led the FDA to require a post-market study on Essure’s safety in February 2016, along with the addition of a black box warning on the device and a Patient Decision Checklist to be sure women understood the device’s risks and benefits.

For Dykeman and her fellow “E-sisters,” more than 37,000 women in a Facebook group who supported one another and shared the problems they experienced, that wasn’t enough. They continued to push for stronger regulatory action against Bayer, and in April 2018, the FDA restricted the sale and distribution of the device “to ensure that all women considering use of the permanent contraception device are provided with adequate risk information so that they can make informed decisions.”

“The device has been associated with serious risks including persistent pain, perforation of the uterus and fallopian tubes, and migration of the coils into the pelvis or abdomen,” the FDA wrote at the time. “As the FDA learned more from patients about the serious adverse events associated with this device, we took a series of important actions to better understand the benefits and risks, and to address patient safety concerns.”

Meanwhile, attorneys Marcus Susen and Justin Parafinczuk of the law firm Koch Parafinczuk Wolf Susen began filing lawsuits, now totaling more than 10,000. Combined with those of other firms, Bloomberg reports that more than 16,000 American women have sued the company for the health problems they said the product caused.

“This had been a long process, including meetings with Congress and the FDA,” Parafinczuk said. “More importantly, fierce opposition and protest by our clients. We are very happy with this announcement.”

But not everyone is happy. Some physicians at the American College of Obstetricians and Gynecologists annual meeting in April expressed concern that the pressure on Bayer would eventually reduce women’s options for non-surgical sterility. An estimated 750,000 patients across the world have had Essure inserted, according to the FDA.

“This is a sad day for women,” said Jeffrey Jensen, MD, MPH, professor of obstetrics and gynecology at Oregon Health & Science University School of Medicine. “Removing a highly effective nonsurgical approach to permanent contraception reduces choice for women. It is also a sad day for Bayer. The business decision to remove this product demonstrates why big pharma has left contraception development.”

Jensen said this decision reduces women’s choices, providing an answer to why women don’t have more contraceptive options since clinical trials have supported the device’s safety.

“Direct gynecologic problems can occur due the placement procedure, including perforation,” Jensen said, adding that perforation occurs with other procedures and is not unique to Essure. “Since hormonal contraception effectively treats menstrual and pelvic pain, these symptoms often return in women following acceptance of permanent contraception.”

Among the problems women have reported experiencing after the device’s placement are back and joint pain, chronic fatigue, gastrointestinal problems and abdominal pain, migraines, depression, concentration difficulties, severe bloating, hair loss, tooth problems and other concerns. But Jensen said he is unable to understand how the device could cause systemic issues beyond those Bayer has reported in trials.

“Nitinol wire stents are used in hundreds of thousands of vascular procedures each year. I am not aware of systemic symptoms in these individuals,” Jensen said. “Everything has risks and benefits. What we have learned here is that the risk to companies developing contraception methods is endless litigation leading to a loss of consumer confidence and market share.”

Dykeman said she will continue to fight on behalf of those who have been harmed by medical devices. She implied the timing of Bayer’s announcement is appropriate given that the film The Bleeding Edge, which examines the medical device industry, including concerns about Essure, debuted on Netflix this week.