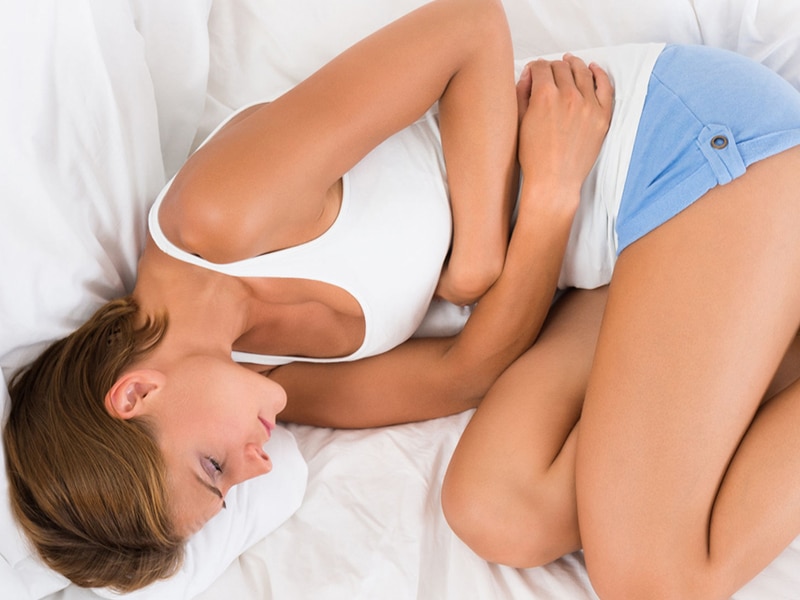 Leslie welcomes this opportunity to warn women that Essure side effects can mimic menopause. And after she had a total hysterectomy, her gynecologist believes that the permanent birth control device is not safe.

Leslie’s gynecologist recommended Essure as a safe alternative to getting her tubes tied. In her late 40s, she is a former policewoman and in excellent health. “My husband and I have four kids and the pill was affecting my blood pressure so I had the device implanted. For the next three years this Essure stopped me from being myself,” she says.

Shortly after surgery Leslie had menopausal symptoms – nothing to be concerned about. But a stabbing pain on the right side of her abdomen was worrisome. She looked online to see if there were side effects from Essure. “I ticked off just about everything from the contraindications list,” Leslie says.

Her gynecologist told Leslie to stop seeing Doctor Internet and that the device couldn’t be removed. “We had a rough patch at that point,” says Leslie, “but when I told her that I was bleeding after intercourse, she ordered a transvaginal ultrasound, ASAP.” It showed cervical polyps and a fibroid tumor growing outside of Leslie’s uterus. Her gynecologist finally connected the dots – she arranged surgery to have it removed. And she did some checking with coworkers: other women were complaining about Essure.

“I felt 100 percent better after a total hysterectomy – all the pain was gone. In hindsight I should have had a tubal ligation,” she says.

“That Christmas my husband got me an Apple watch. After wearing it for two weeks I had a circular rash on my arm from the metal on the watch fastener. I stopped wearing it and it took two weeks for the burn-like marks to go away. Lo and behold, I’m allergic to nickel. Can you imagine what it was doing to my body?

“The Essure representative told my gynecologist that doctors aren’t implanting them correctly. I am still under her care. I am disgusted there is a device on the market where women have to take drastic action and have a hysterectomy. No woman should have to lose her organs because of a medical device. I believe Essure side effects are underreported, partly because they can mimic menopause. But they can be life-threatening.”